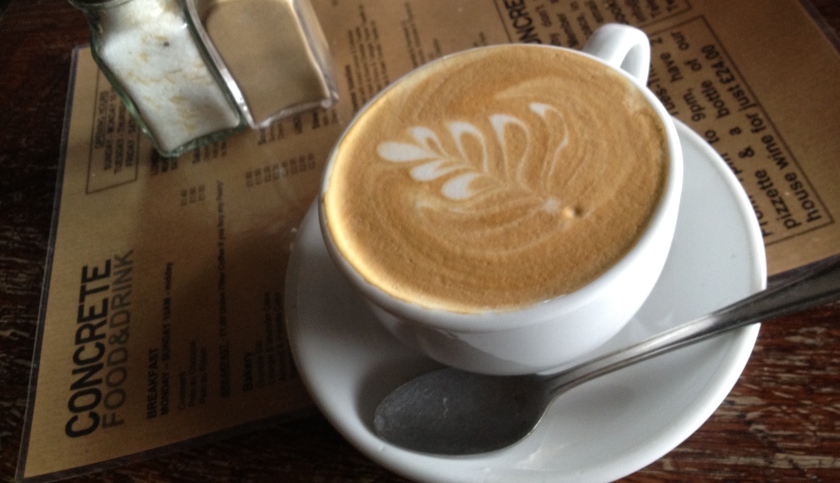 We need to talk about the Latte Factor. That annoyingly undead theory, bordering on ritualistic superstition, that keeps cropping up in money sections of the mainstream press and personal finance blogosphere alike, for no apparent reason save to piss off a generation of young people.

If you want to find out the precise amount of money you’ve blown by living as a human in developed world, all you need to do is plug this formula into a spreadsheet

and voilà! Now you know the true extent of the wastefulness you should be regretting. And for the spreadsheet-challenged there are online calculators.

The amount is always staggering, and its computation assumes no transaction costs, no minimum investment limit (£3 can be invested immediately) and a constant real rate of return.

So where are all the No Starbucks millionaires?

I am yet to meet an early retiree who’s achieved financial independence by avoiding takeaway coffee and avocado toast.

Whenever I point this out to the Latte Factor adherents, they’re quick to explain that it’s not meant to be taken literally. No-one is claiming it’s possible to retire merely by quitting Costa Coffee, you understand. It is a metaphor that admonishes us to never underestimate the importance of budgeting.

Well, if it’s a metaphor then someone should send a memo to Tim Gurner. He appears to take it literally, poor soul.

Dumb financial decisions are the province of the young

When you’re young, doing dumb shit with money is a rite a passage. You get your first job and you’re instantly transformed from a destitute student to a wage-earner with spare cash. Suddenly you can afford the cover charge at clubs, a Sunday paper, takeaway coffee, both avocado toast AND banana bread for breakfast, impulse shopping when the urge overtakes you, and best of all, you don’t have to worry too much about being able to afford it. Because: you’re earning a salary.

I don’t begrudge the millennials their avocado toast any more than I begrudge them their ridiculous lack of grey hair, their freakish metabolisms and stupid flat stomachs. If they want to blow their pay on overpriced granola in Shoreditch, fuck it, it’s their prerogative.

I don’t think they’re much worse – or better – with money than the generations that came before them. They’re just young, and about as financially dumb as I was at their age. And there’s nothing wrong with spending money on processed sugary food for breakfast, really, enjoy you 20-something metabolism while it lasts. Only please recycle the packaging, you know why.

Willpower is a depletable resource

Call it what you want – will depletion or mental fatigue – it’s real. Motivation goes hand in hand with reinforcement, effort requires a reward, and the latter has to be in a form of something enjoyable. Few of us are able to rejoice in Excel spreadsheets with graphs that track our net worth. Just sayin’.

Small regular expenditure adds up, but

It’s not just about what you save, it’s what you do with the savings that counts.

Don’t get me wrong, quitting smoking 9 years ago was one of the best decisions I ever made. I feel better, I am fitter, and I’ll likely live longer. It has also saved me c.£100 per month on fags plus another £100 on Starbucks skim lattes, which I liked to drink while smoking. That’s £2,400 p.a., which is approximately how much two weeks’ kitesurfing in Dakhla costs.

Would I be much richer now had I not been blowing my money away for years before quitting? Unlikely. If I hadn’t spent that money on holidays and Apple gadgets, I would have spent it on Ho’s Keep. The only reason I didn’t buy more or more expensive bricks way back when was because I didn’t have the money.

And this is my main issue with the Latte Factor. It assumes that your goals and priorities have remained constant over time. Which is abject nonsense. None of us are now the same person we were at 19 or even at 29. It surely would be nice to have more money in my pension now, but I didn’t start a UK pension until I was 32. Yes, not starting a pension earlier was indeed a stupid move, but no, quitting smoking earlier would not have increased my pension savings. Because: I didn’t have a pension then.

Waste is never a good thing

But putting aside what single-use plastic bottles and styrofoam cups do to the environment, I couldn’t retire on takeaway coffee savings any more than a millennial could by a house by forswearing avocado toast. I believe the correct scientific term for any such notion is bullshit.

Over time we learn and grow

Don’t get me wrong, I’m not crazy about today’s young adults. As a group, they can be both overconfident and amazingly thin-skinned. It’s a rather annoying combination of traits: the first one ensures ample supply of dumbass mockworthy pronouncements, but because of the second one, the poor sods can’t take the mocking. 😉 I hope they grow out of it. Not everything is a personal attack, ok?

Yet I don’t think it’s fair to call the millennials spendy merely because they’re in the process of learning how to use their paychecks and credit cards. Most of us have been there and done the same. So let’s cut them some slack.