So the FTSE is at an all-time high… when measured in GBP, which is now worth even less than it was worth last quarter. Hold on tight, Brexiters, and let the flight begin. Let’s hope that taking back control doesn’t end in the proverbial fiery crash. Here’s the definitive analysis on the subject of whether the FTSE gains, which the Torygraph has been trumpeting about – ad nauseam over the past five seemingly endless months – are real:

2016 has been too depressing to think about. Though mind you, it’s still much better than 1665 when everyone caught fucking plague and died. #silverlinings

Let’s catch up on the progress with that FI project I’ve been working on.

The year to date average savings rate stands at 63%, mainly because of bonus salary sacrifice into pension back in Q1. The running average since 1 Jan 2015 is 61%.

Overall I saved c.£6k less than I had hoped to save this year, but gods know I needed those holidays this summer, and in the words of the Duke of Devonshire, “damn it, can’t a man have a biscuit!?”  Pass. 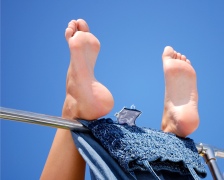 The pension pot has increased by £74k this year. The increase comes from £60k new contributions and £14k investment return. Nailed it.

While my total pension savings are still lower than what they should be given my age and income (according to the ONS data somewhat crudely bastardised by yours truly), it’s significantly better now than what it was only a year ago.

The total net worth is showing some half decent growth. I’ve decided to not take into account property revaluations, so the home equity (aka “property”) piece in the below graph is a straight purchase price less outstanding mortgage. The valuation of Ho’s Keep I received this year was so out there that I (A) don’t believe it, because (B) if I did I’d have to face up to the fact that I can’t really afford my place and the correct financial decision in terms of achieving FI in the shortest time possible is to sell and start renting or buy somewhere cheaper. I have no intention of doing this, so what difference does it make what the place is worth if I’m going to continue living there? 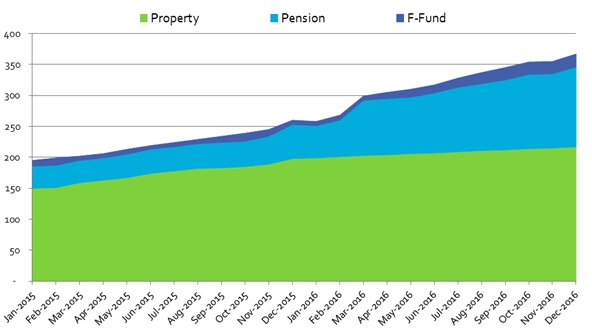 Freedom Fund is getting its monthly contribution as per usual. The Emergency Fund will be raided in March for additional cash to stash into the pension, if required. It’s a pass for now, but 2017 won’t be a breeze, as whatever I take out of the Emergency Fund in Q1 I’ll have to put back there over the rest of the year.

Goal 5: Tax (added during the year)

I don’t mind paying tax if I agree with how the money is spent. Sadly, with Tories in charge and Brexit on the cards, that’s unlikely to be the case in foreseeable future. Hence a new goal: pay no more than £22k of income tax in 2016 / 2017 tax year. Based on my projection, and absent any unpleasant surprises in Q1 2017, it looks like I’m on track.