Happy New Year, folks. Albeit if the old year was in any way different from the new, would we still require a massive piss-up to mark the occasion?

Virtually everything, or at least that’s what it feels like. The times they are a-changin’. It’s mostly personal, but also work, albeit that is also kinda personal, in a way.

I’ve provisionally consented to live in sin with my other half. Meaning: Ho’s Keep is going to go on the rentals market shortly. So technically, Ho&Co are going into the BTL, at what appears to be a rather bad time for that sort of thing. But anyway… move over, Fergus and Judith.

The actual year to date average is 62%. Pass.

I managed to pull my shit together in November and undo some of the damage I had inflicted on my finances in summer.

Pension wealth: use up all available allowance

Done. The total wealth distribution is coming closer to where I want to be, albeit my Freedom Fund requires some work. Evidently.

Progress towards The Day is nothing to write home about (and hence the writing is relegated to the blogosphere 😉 ).

Total net worth is up (good)… 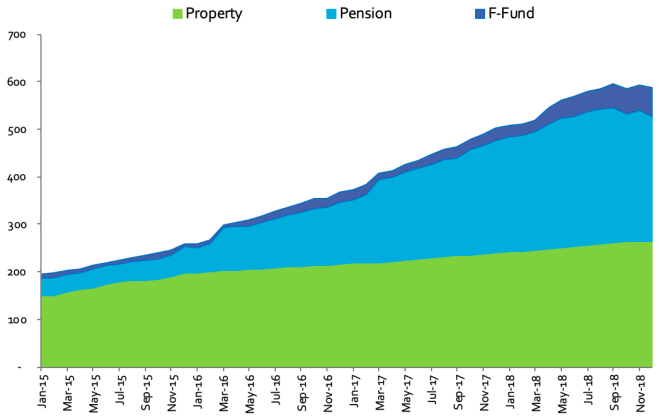 … in spite of the fookin’ markets, which have taken a bite out of my savings (bad). Check this out:

Ya, ya, I know, cheap shares, a buying opportunity, ya seen nothing yet young’un. I know. I’ve been waiting for this. And yet, it fookin’ hurts’ ok? I’ve been saving and hoping, and it’s fucked up, and I don’t like it.

The goal was to top up the Emergency Fund, which I have finally managed to achieve. 😀 It’s a pass, people, it’s a fookin’ pass!

Continue with regular savings into the S&S ISA. Pass.

A complete and utter fail.